The new season is finally here

Last season it lasted approximately 12 minutes before Ulloa silenced the Elland Road faithful on the opening day. All the expectation, anticipation, excitement and faith extinguished quickly before most fans had even sat on their seats and familiarized themselves with the new players. Fortunately last season we turned it around and one of last seasons successes Luke Murphy scored an injury time winner to see Leeds win 2-1. Those same feelings extinguished after 12 minutes returning for at least until the next game. 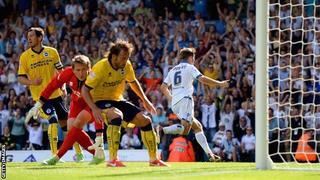 This blog isn’t about the criticism of last seasons debacle but to highlight what most people in this country are feeling this morning as we sip our morning coffees and teas. It is the first Saturday of the new season and how bloody exciting is it?

We have been pretty fortunate to have a World Cup to keep us entertained during this break, one that for best parts kept our football fix satisfied despite England’s expected early failures. I for one am gutted that the magic disappearing spray (the World Cup highlight for me) won’t be gracing the Football League this season. Mind you knowing our luck it’ll probably end up destroying the sacred grass on Elland Road, let the Premiership boys try it out first on our Non Brazilian Grasses! 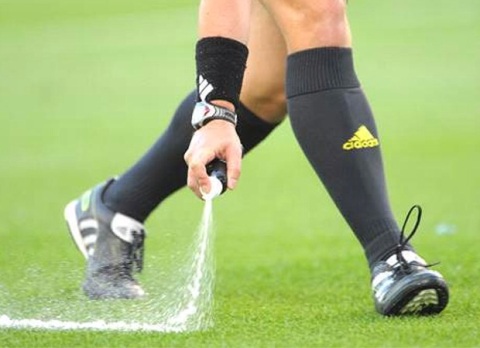 Leeds United fans are used to football dramas on and off the field and despite the change of ownership at Elland Road nobody could’ve scripted the latest change around. In a Summer that’s seen our new Italian owner Cellino dramatically change every detail possible in a bid to stop the club rotting away, every day has had it’s fresh challenges.

An unknown coaching team have been put in place to replace the failed Reverend McDermott and sidekick Gibbs. Thorp Arch was closed during the off season in a bid to reduce running costs and the players asked to take packed lunches on their pre season tour. Back room staff and old Leeds greats slashed off the wage bills. These things have managed to take a chink out of the rediculous running costs that had drained our club of any chance of survival. Of course the trashy tabloids found it hilarious and in an attempt to rile the majority of Leeds fans by reporting on every minor event happening.

In a summer that saw us release the dead wood, prevent previously agreed deals from going through, seeing our captain sold to a rival championship club and since announced they are the biggest club he’s played for, we have seen it all. Many fans have been vocal in support for the new regime, I’m certainly one of them.

Cellino has been a breath of fresh air and now after 3 months of hard work we find ourselves here, waiting for 3pm to arrive. On most days a trip to Millwall would engulf passion based purely on our rivalry and quite extreme hatred for each other, today it’s got an almost calming and surreal feeling to the seasons curtain raiser. 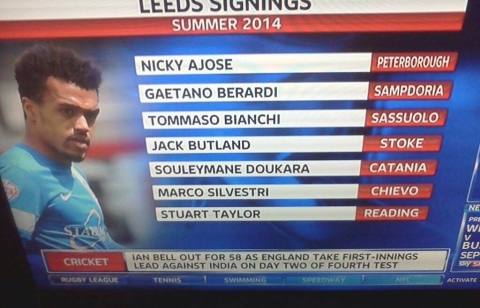 Marco Silvestri, Gaetano Berardi, Stuart Taylor, Tommaso Bianchi, Nicky Ajose, Steve Morison, Souleymane Doukara and Zan Benedicic welcome to Leeds United. Embrace the opportunity you have to play for our club. The first day of a new season awaits and you guys all have the chance to be part of something big. This feeling is amazing and one that just sits there and becomes even more prominent as the clock ticks ever closer to 3pm.

To all fans around the country feeling the same about their own clubs it doesn’t need me to tell you to savior the moment. We all have our own expectations and targets for this new season and I’m pretty sure they all start with 3 points on the opening day and the hope the new signings prove to be as exciting as we’d all hoped.